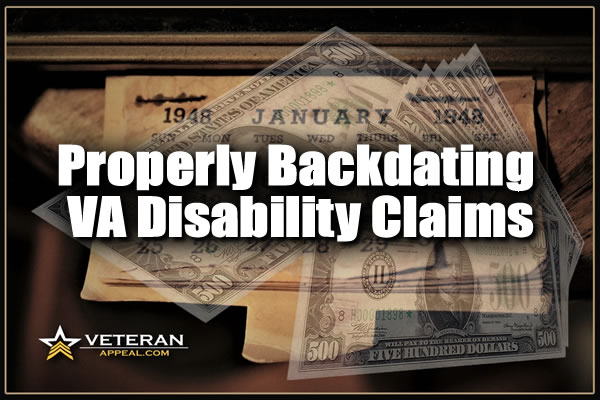 Proper backdating is a procedural detail that some advocates overlook, but a dedicated VA disability attorney pays close attention to details like this one. Those details may seem like nickels and dimes to some people, but they could make a big difference to you and your family.

Mr. Emerson served honorably as a helicopter gunner in Vietnam in the late 1960s. In 2000, he petitioned for disability benefits due to service-related Post Traumatic Stress Disorder. A 2002 independent medical examination ascribed symptoms including nightmares, hypervigilance, and depression to Mr. Emerson’s experiences in the military, including “seeing tracers coming at him” and tending to his wounded comrades.

In 2003, a Regional Office denied his claim, noting there was no corroborating evidence of an in-service stressor. Mr. Emerson did not return the proper form to appeal the decision, a common issue for veterans facing the complex and often overwhelming VA benefits system.

In July 2010, VA relaxed the requirements for corroborating stressors. Almost immediately thereafter, Mr. Emerson resubmitted his request for service connection for PTSD. Under the revised guidelines, VA approved the request in 2011. The 30% disability rating was retroactive to July 2010, the date of his second request. Shortly thereafter, Mr. Emerson submitted military personnel records that corroborated his stressors.

Mr. Emerson appealed the effective date of his award of service connection, claiming that his rating should have been retroactive to his original claim in 2000.  In 2014, the Board of Veterans Appeals increased Mr. Emerson’s disability rating to 50% but did not change the 2010 effective date.

Veterans can re-open denied cases if they present relevant military records that were not previously obtained by VA. When this kind of evidence is submitted, VA is required to reconsider the previously denied claim.  Then, if the service records would have supported a grant of benefits, VA can backdate the grant to the date of the original claim.  Based on this law, the Court of Appeals for Veterans Claims determined that VA needed to reconsider its 2003 denial of service connection for Mr. Emerson’s PTSD and determine whether he was entitled to additional backpay.

The proper effective date is an essential element of a disability claim. With this in mind, for a free consultation with an experienced Veterans disability lawyer, contact Cameron Firm, P.C. at 800-861-7262 or fill out the contact box to your right. Accordingly, we are here to represent Veterans nationwide.

This article is for educational and marketing purposes only. Therefore it does not create an attorney-client relationship. 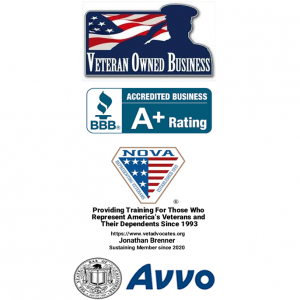