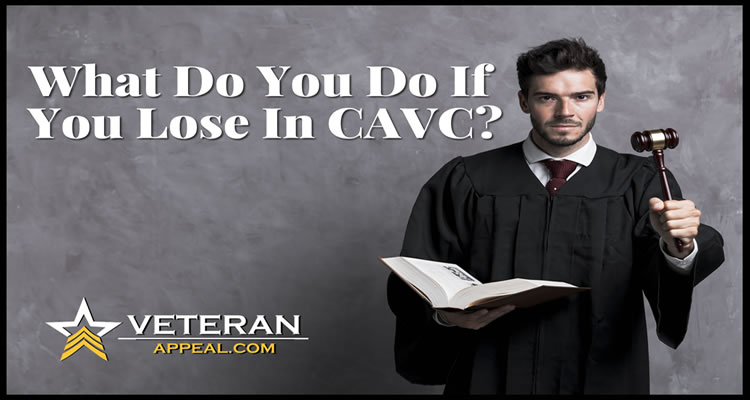 Under The Appeals Modernization Act, What Do You Do If You Lose In CAVC?

You may be asking what options there are if you lose in CAVC. In the before times, if the Court of Appeals for Veterans Claims denied a Veteran’s appeal, that was essentially the end. Your attorney could file a motion for reconsideration or an appeal to the Federal Circuit, but those are rarely successful. The Appeals Modernization Act gives Veterans a better option if the CAVC denies their requests for benefits.

CAVC judges are some of the most experienced VA legal professionals in the country. The clerks who review cases usually have sharp minds but very little experience. They do sometimes miss important points.

If the CAVC denied your appeal, a VA disability attorney can still obtain the compensation you need and deserve. The AMA’s new options usually mean fresh reviews. Thus, instead of a clerk looking at the legal aspects of an appeal, a more experienced reviewer looks at the legal and factual merits of your claim.

This is the same supplemental claim appeal you might file if you get denied by the agency. The AMA allows filing it after a CAVC decision too, with the same one-year deadline.

This appeals avenue only works for Veterans with new and relevant evidence. The new proof does not have to be game-changing. It only has to be relevant, which means it makes some important fact more (or less) likely. In other words, almost any new evidence, such as a supplement to a medical report, could support a successful supplemental claim. That means it gets you another chance. Whether you end up winning depends partly on how strong the new evidence is. And partly on how well your case is argued.

Obviously, this option is most effective if you have new evidence to present. Generally, the CAVC only reviews the legal merits of the claim based on the evidence that the Board already looked at. If there’s an important document that existed but VA didn’t know about it, that’s new evidence. Any evidence from the last year or so—maybe a new medical exam that disagreed with earlier ones—would be new, because nothing was getting added to the record while the case was before CAVC..

Supplemental claim review is generally speedy. A Claims Examiner reviews most of these matters within three months.

You do still have the option of a motion for reconsideration (by the same judge or by a panel of judges), or an appeal to the Federal Circuit. These are still unlikely to succeed, but can be appropriate in some circumstances.

If you ask for a panel of judges, you have to say what legal point the judge got wrong and why correcting it would help clarify the law. These questions are more complicated than just disagreeing with the decision, so only try this if you have a skilled lawyer.

Begin Again If You Lose In The CAVC

If the CAVC denies an appeal, the matter is not closed forever. Many Veterans may go back and start the process over. Experience is usually a very good teacher. Since the Veteran knows what went wrong the first time, it is easier to get things on the right path.

The major disadvantage to beginning again is that the benefits, if awarded, are only retroactive to the second filing date, at least in most cases.

A CAVC denial is not necessarily the end of the line. For a free consultation with an experienced Veterans disability lawyer, contact the Cameron Firm, P.C. at 800-861-7262 or fill out the contact box to your right. We are here to represent Veterans nationwide. 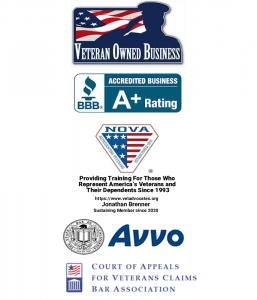